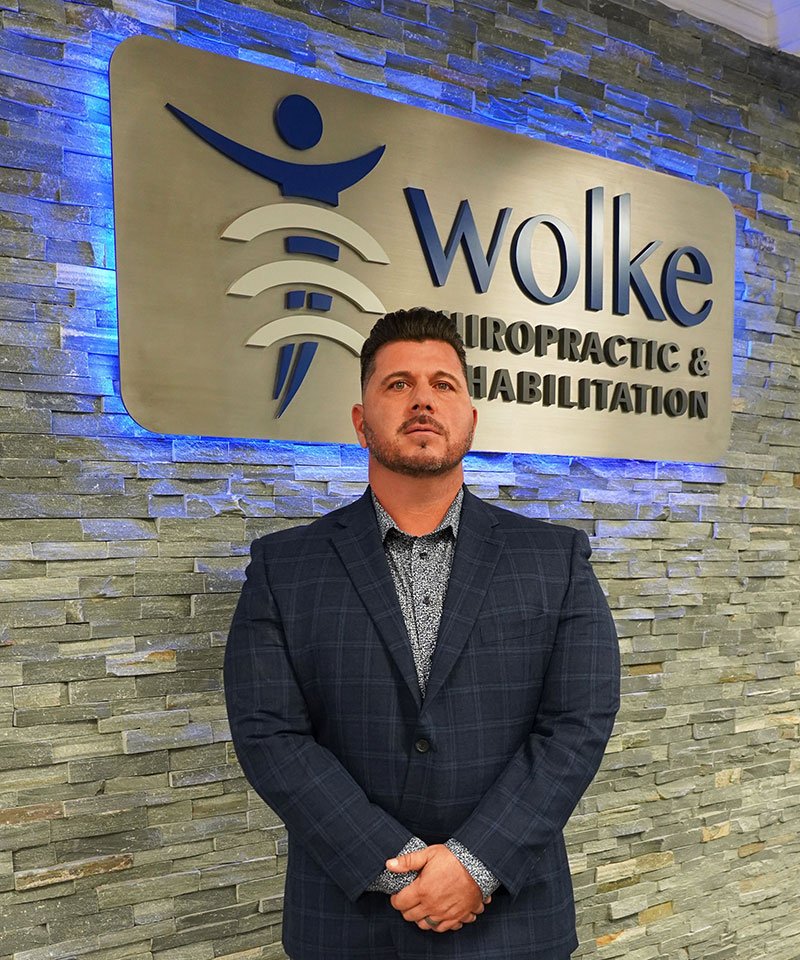 Dr. Anthony Wolke is the founder and owner of Wolke Chiropractic & Rehabillitation, P.C.

Dr. Wolke graduated from William Paterson University in 1998 with a degree in Exercise Science with a concentration in Exercise Physiology. After graduating he decided that he wanted to further his education. Having many family members as chiropractors and seeing firsthand the miracles seen by many patients, including himself. Dr. Wolke was diagnoses with Epilepsy in his teens. He was told by his medical doctors that he would be on medications for the rest of his life. After receiving consistent Chiropractic adjustments and returning to his neurologist was told that his EEG was now normal and he no longer required medication or suffered from epilepsy. Due to his own miracle he decided to continue his education in Georgia at Life University and obtained his Doctorate in Chiropractic in 2002. While in school Dr. Wolke shadowed many of the chiropractors who he considered his mentors and attended many seminars including the technique in which he is certified in called Chiropractic Biophysics.

Three months after graduation he opened his doors and began to help the people of northern New Jersey experience the miracles he had seen firsthand growing up and while mentoring in Georgia. He started in 1000 square foot office and within a year needed to double his space to accommodate the large amount of patients he was treating and within four years expanded to nearly 4000 square feet and added physical therapy and acupuncture to become a complete wellness center.

Dr Wolke has grown up in the area and currently lives in Wayne with his beautiful Wife Jennifer and their three children John, Anthabella, and Anthony Jr. He, as well as his amazing staff, looks forward to helping you not only get out of pain but also achieve all of the Wellness goals for not only you but your entire family.